Don't Lock Me Out! 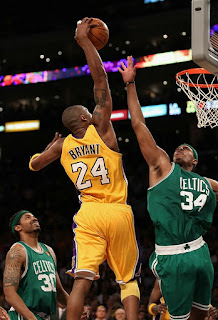 What comes to mind when you hear the names Michael Jordan, Derek Jeter, Kobe Bryant, Alex Rodriguez, Tom Brady, or Aaron Rodgers? Whatever the image, the point is that these names instantly register in your mind. Sports are so big and influential in this country and all over the world that we can all associate an idea, thought or memory to some sports figure or experience.

This year however professional sports, has taken quite a blow. First there was the NFL lockout; a period of time when the owners and the players association could not agree on terms for their new collective bargaining agreement. This resulted in a period of no signings, trades, or even practices by the teams until an agreement was made. Because of this teams were left without the full schedule to prepare their players for this season and some have gone to say that it is a cause for many of the early season injuries. The NFL was able to get it together and now the season is in full swing.

Now it’s the NBA’s turn. They are faced with the same dilemma; two sides unable to come to a mutual understanding resulting in a lockout in professional basketball. The difference is, there is no season currently. Pre-season has been cancelled and NBA commissioner David Stern has said that they are hoping for a season by Christmas but few believe that is likely. Players and the owners are at a stalemate on terms and there doesn’t seem to be any budging.

NBA players have been looking for alternative ways to spend their time with some going overseas to play, some looking into other sports, and some just enjoying the extended vacation. Players stand to lose millions in salaries and endorsements without a season, if you’re Kobe or LeBron they can lose anywhere near 10 million dollars for the year. Granted they won’t go hungry, but that’s still a lot of money. If you’re one of the bench stars of your team, you can find yourself in real trouble.

With all of the back and forth between the players and the owners I think sight of the true victims has been lost…the fans? No. The groupies!

How can they neglect the needs of a nation full of willing, ambitious, high heeled aspiring baby mamas? City to city and state to state from Sacramento to Miami, Portland to Boston there are thousands nay I say millions of auditioning women looking to be stars on the next “Basketball Wives of…”

What about the social ramifications? A “Ratchet” without an NBA All-Star Weekend is like a kid without Christmas! Who will be there to sneak into player’s hotel rooms at midnight…their wives? What about the impact on “regular” people? Don’t they know about all of the lonely men there will be out there? Have they forgotten about all of the guys who go out to where the players are and exercise their “scavenger game”? And let’s not forget about the unsung heroes… what of the “professional homeboys”? Who will be there to bring the car around and name drop to get girls back to the house? What will they do? Get jobs? *Whistle blows* C’mon!

The NBA needs to get it together. They need hash this out before the people lose interest and they can’t get the fans back. It’s hard enough with the current economy to spend so much on tickets and merchandise now, leaving a bad taste in the public’s mouth may lead to even bigger financial problems for the league in the future.

We all need to come back to 1 and remember why we fell in love with the game; the money, shoes, posters, video games, hats, jerseys, and hoes…

This work is licensed under a Creative Commons Attribution-NonCommercial-NoDerivs 2.5 Generic License.
at October 20, 2011