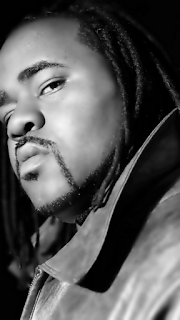 Gengis Khan (GK), lyrically paints a portrait with creativity, raw passion, and a diverse flow. He has the ability to captivate crowds with his energy, charisma, and intelligent wordplay. His freestyle, one of his signature traits, showcases his talent in a way rarely seen. GK represents not only hip hop, but…music. Whether he’s bringing you the gritty realities of the street, to the lavish tales of success and all that come with it, GK speaks the truth.

Originally from San Francisco, CA, GK has never lost touch of his Bay Area roots. He proudly acknowledges his hometown, never forgetting where he came from. Though a product of California, that is not all that defines him. His complex layers are displayed throughout his rhymes, and are for everyone.

His love of music came at a young age when he first heard and was inspired by Eric B. & Rakim. Even back then he knew hip hop was going to be his forum for expression. Being a lover of all music, only added to the dynamic fashion in which he would do it. When you listen to GK, you can not only hear, but feel his raw emotion and power through his lyrics. With this passion, he has excelled in not only his versatility but abilities. With a flawless “freestyle” and smooth delivery he commands respect in any circle.

With over 10 years under his belt GK has been working hard to bring his message to the people. Dedicated he has weathered the storm of past business relationships and issues that have held him back never letting them defeat him. In true warrior fashion he used those setbacks as fuel to push him that much harder…and it’s paying off.

2011 was big for GK as he received placements on nearly 20 projects with some of the industry’s finest such as Dorrough, Hopsin, Killah Priest, G-Unit & Ace Hood. His contribution to “The Faction” a compilation of nationwide hip hop and r&b artists was consistently labeled as a standout and one of the true gems of the project. He’s quickly been gaining respect in many circles and as he approaches the release of his solo project all eyes will definitely be on him.

His first single “Blaze It Up” from his forthcoming project Khanquest is already making some noise early in its release. Produced by Aristotle, Gengis Khan cleverly rides the beat always delivering, “40 days & 40 nights with the burning bush/I feel like Moses in the mountains but I’m burning Kush.” “Blaze It Up” an anthem of appreciation for one of nature’s wonders will have the head of the most avid non-smoker bobbin’ and reaching for a lighter.

Verse by verse, stage by stage the Khanquest is coming.

With several projects set to release in 2012 the world better get ready for the Gengis Khan invasion!

This work is licensed under a Creative Commons Attribution-NonCommercial-NoDerivs 2.5 Generic License.
at December 19, 2011