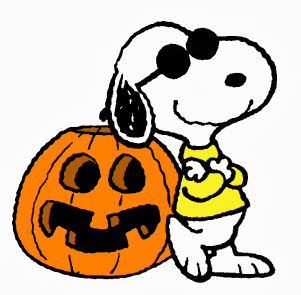 When the streets will be filled with super heroes, cartoon characters, goblins, princesses, etc…it’s Halloween! The time when little kids (and adults) dress up in pursuit of fun. Children go door to door looking for candy and adults head out to the clubs and parties looking for a “sweet thing”.

Now I’m not going to go into the holiday’s origin or any of that stuff, this is just about looking at the “practice.” The practice of “perpetrating for payment.” Oh yes, pretending to be someone or something else all for the purpose of the sweet “come up!”

We’ve all done it; lying on a resume, using that “job interview voice”, spending an extra hour cleaning everything from our house to even ourselves…it happens…and that’s okay. As long as we’re honest with ourselves about doing it.

It seems like what was once an occasional or special event has become part of our day to day lifestyle. Putting on these “costumes” before we walk out into the world with a plan to obtain goodies. Ladies I see more and more of you passing up on the princess or fairy tale costumes and reaching for the more slutty end of your “whoredrobe”. Trying to maximize your take home. Competition has gotten fierce and you women are not trying to return empty handed. You’re out there playing to win and for some of you instead of a “Snickers” or a “Milky Way” you are on a mission for a “Pay Day”.

Men we’re no better. I’m seeing less and less “Knights” & “Kings” walking these streets. A lot of would be Super heroes out here trying to “save them”, and a lot of Clowns coming around with that foolishness. Shout out to the faux ballers masquerading as men of resources out here “trickin’ for treats”.

No one is being their genuine self and we have become a people of “I’ll show you what I got, now give me what I want.”

Can we have a little authenticity please?!? This 365 fakeness has blurred the lines like a Robin Thicke record. We knew who the bad guys/girls were. We knew who to be afraid of. This practice has gotten us to where we don’t know who to trust or what to believe. The Prince is too good to be true and the Devils aren’t as bad as they seem. We don’t even see the wolves in plain sight anymore but we spend all day patting down the sheep. The game has changed and it’s no longer the “Jason’s” or “Freddy’s” that will get you. It is true that you will catch more flies with honey than vinegar so beware. You better keep an eye out for “Alice” and “Snow White” not the “Wicked Witch“.

I understand that it’s exciting to break out of the norm and be a little different, wearing a mask and being “someone else” if even for a little while can be fun. We just can’t do it everyday. Halloween has its appeal because it only comes around once a year. It is something to look forward to and enjoy. However if that’s how we live everyday there becomes no point. What point is the day when we see goblins every trip to the store and monsters on our way to the mailbox?

Kids coming up to you one night a week for candy is cute, but seeing these clowns and jokers with a hand out everyday gets old. Spend a little more time on your craft than your costume.

We are all special unique and wonderful creatures…the real us. I hate to think that we’ve all become so fake that when we’re being ourselves people mistake that for the disguise. So after the 31’st can we put the masks away and hang the costumes up?

This work is licensed under a Creative Commons Attribution-NonCommercial-NoDerivs 2.5 Generic License.
at October 26, 2013 No comments:

An Order Of Parenthood...Hold The Daddy 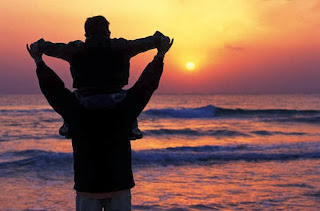 “Dear Mama”, “I’ll Always Love My Mama”, “Mama You Know I Love You”, in our society we give so much credit and respect to “Mom”. The Mother, the giver of life…the nurturer. A woman sacrifices her mind, body & spirit to the raising, teaching & caring for the life she creates forever. (You may think you’re grown but she’s always Mom) An often thankless job with the occasional high point of appreciation, most of what a Mother does will never even be noticed or acknowledged by the child. If you’re looking to parenthood for the kudos…you may want to try a puppy.

Mother’s are phenomenal true…but they don’t do it alone. No really you don’t.

Father’s have been marginalized in our society to nearly the point of garnish. Yes there are many people that subscribe to the notion that a father is merely the parsley in a child’s development. Ladies you didn’t make the child alone and contrary to what music, movies & t.v. may lead you to believe…you can’t do it alone. Now before you get all, “I’m the Mommy & the Daddy”, no you’re not and here’s why…

A child needs both parents to not only learn how to identify with themselves but their opposite sex parent. A man’s presence or lack there of is applied to the child, even if he’s not there. It ‘s like having an empty seat at the dinner table as opposed to having less seats. You can obviously see someone’s missing and you still have to coordinate your moves based around the empty chair. You actually have to get up to “pass the salt”.

A Father’s presence brings a balance to the child’s life, emotional state, perception and development. Along with that are the practical necessities; in a single parent household the child is often left alone or with “other people”. The risk factor of abuse (sexual, physical, emotional) skyrockets as opposed to a 2 parent household. Don’t get me wrong, you can get abused in that environment too but the % is far lower. Children are less susceptible to predators, drug use and teen pregnancy when Mommy & Daddy are in the house.

All this being said, we all know this stuff. So why bring it up? Recently NFL running back Adrian Peterson of the Minnesota Vikings lost his 2 year old son to violence. No not a drive by shooting, home invasion, or drug dealer…he was beaten to death by his “baby mama’s” boyfriend.

The child showed trauma to his brain and skull which looks like the results of someone being slammed against a floor or wall. The boyfriend has been arrested and is awaiting trial.

My point, Adrian Peterson has lived his life acknowledging the 2 children he lives with. (The son that passed was with a woman he had a brief relationship with. His name was not on the birth certificate and the child used his mother’s last name.) Keep it real she was a side chick, jump off, groupie etc. Adrian would bring his son (Adrian Jr) to practice with him, smiling for the cameras etc. His other son was rarely even acknowledged as being his. His sons were roughly the same age. But just because he loved one woman and not the other that didn’t make one child any less his son.

Now I’m not attempting to say I know on any level what AP is going through, however, I do know a Father’s job is to be a protector and provider. That a man’s place is more than just a check. That goes for the men who just send them AND the women that hold their kids ransom for them! It’s not just about men not being there, some of you ladies who put men on “pay-per-view” status to see their kids. That whole, “He’s not giving me money so he can’t see his kids” nonsense. You hurt the child and you sound stupid when you say that!

I don’t blame AP for the death of his son, I’m just bringing attention to the fact that we need to be there; emotionally, financially & physically for our kids. To protect them and teach them. Ladies that child needs their father…if you can stand him or not…

And Gentlemen, contrary to what “They” may say we’re not garnish. A Father is the other half of the blueprint. We are just as necessary and in some cases more. So DO more and BE more! They need us. And they do have songs for Daddy too…

Being there can mean the difference between being your child’s “Rock” versus “Papa Was A Rolling Stone.”

This work is licensed under a Creative Commons Attribution-NonCommercial-NoDerivs 2.5 Generic License.
at October 12, 2013 No comments: