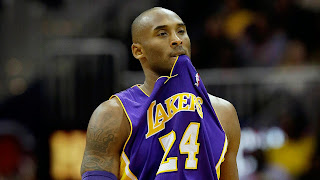 They say, “Records like rules are meant to be broken”, and this applies almost nowhere more than in sports. From Peyton Manning crushing Brett Favre’s all time QB passing touchdowns to the nearly impossible ‘72 Miami Dolphins “Perfect Season”, teams and individuals are always trying to make their mark in history to be set a part in their race for greatness.

Now a new record has been set by a man known for defying the odds, critics, and some even say Father Time himself. Kobe Bryant in a game against the Memphis Grizzlies in his 19th NBA season broke the long standing record of most missed field goal attempts. A record formally owned by Boston Celtic and Hall Of Fame inducted John Havlicek. A record Havlicek set at the age of 37 and after playing from 1962-1978. The Laker guard in the 4th quarter missed his 13th of the night and set a new milestone with his 13,418th career missed attempt.

So why does any of this matter? Who cares? Surely not Kobe and the Lakers, in their current state I’m sure this is the least of anyone in Laker Nation’s concern. So to whom?

With his nearly 2 decades of fierce competitiveness, blatant arrogance, legal issues, off set demeanor and killer instinct there is no question why Kobe Bryant has been the target of sheer hatred for most of his career. People often stating, “I don’t hate the Lakers…I hate Kobe!” For some it was the allegations of rape in Colorado, the issues of Bitchassness that followed in his alleged implications of Shaquille O’Neal’s own infidelities (Guy Code Violation), more G.C. Violations involving Pau Gasol & his former fiance, his issues with former teammates (Smush Parker, Kwame Brown, Dwight Howard, etc), his lack of leadership, “ball hog mentality”…there’s no shortage of reasons you can find to dislike #24.

All that being said the issue with this record being promoted the way it is does nothing to tarnish the legacy of Kobe to those who support him, but it does do something to our future generations. We live in a society where competition is frowned upon; we have little league games that don’t keep score, the removal of class valedictorians, every kid gets a trophy and pretty much there are no champions, “we’re all winners” mentality is being placed in the minds of our children. We’re removing that will to win, that killer instinct and it’s showing in our younger generations as they go out into the world and compete.

Our kids are growing up weak. They are terrified of rejection, can’t handle failures, can’t make decisions and now see how they’ll be attacked if they try too hard. I remember being a kid and if someone was in a slump things were said like, “keep swinging”, “shoot your way out” , “don’t stop punching”. You were inspired to fight and keep going! Now we tell them to just stop and give up and it’s “OK".

We take the fight out of them as children and can’t understand how we ended up with a generation of 30 yr old men and women still living at home or at the first sign of trouble go running to mommy and daddy. It’s why you ladies pick undesirable men because they may be f’ ups but at least they have a spine. That fortitude is forged through fire and it’s going to take messing up to learn. We need to encourage “taking a shot”.

Another reason why Kobe is so hated…he's a winner! 7 trips to the NBA Finals in 10 years, a 5x Champion, All Star, Scoring Title, MVP etc. It should be noted that Kobe is currently 4th on the NBA all time scoring list about 400 points shy of passing Michael Jordan, leaving only Karl Malone and Kareem Abdul-Jabbar out scoring him. Havlicek the former record holder is currently 13th on that list and nearly 5,500 points short of Bryant.

Kobe didn’t get his championships, accolades or break this record by sitting on the sideline. He took chances…a lot of them. In an age where we’re teaching our children to be so fearful, timid and indecisive maybe we need to let them know it’s okay to miss. Wayne Gretzky said, “You miss 100% of the shots you don’t take.”


There’s going to be bricks & air balls…if you want to be great…you have to take a shot.

This work is licensed under a Creative Commons Attribution-NonCommercial-NoDerivs 2.5 Generic License.
at November 12, 2014