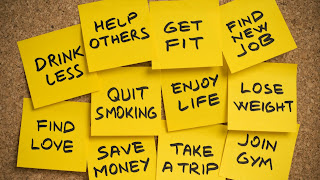 It’s about that time again…yes as 2017 comes to an end and the new year is upon us it’s almost January 1st a.k.a “cliché day”. The health club parking lots will be filled, college admissions on overload and the “New Year New Me” campaign officially jumps off! Now please don’t get me wrong. I have no issue with starting off the year right, with making changes and adjustments, and to be honest I‘ve waited to start things in January that I should have been doing in August myself.

Like many of us I’ve had a strong January, February took a dip, March & April were hanging by a thread and by June I was planning for next year. Why? Why is it so hard to stick to those resolutions? In my experience it was because my plan was flawed. I changed my behavior but not my value system. Working out was no more important to me in January than in October, I just started doing it. Without a change in my value system it was only a matter of time before what I really wanted to do took the place of what I was “just doing“. The 24hr Mexican spot is in the same parking lot as the 24 Fitness…burritos were beating bar dips everyday.

The $64,000 question, “How do we change our value system to care about things we don’t really care about?” Look I’m going to be honest, I’ve never liked working out but as I get older the idea of having to live on medication or not being able to do the things I want bothers me way more than some treadmill time. I honestly don’t appreciate being healthy more, I just hate the idea of what life being unhealthy would be like. Sometimes our shift in value comes from simply shifting our perspective. We may just have to look at things differently.

Being a better husband may not come in the form of liking what your wife likes to do more, but hating what it’s like when she’s unhappy may get you through “The Notebook“ and lead to a better night. You may not love your job any more, but the feeling and relief of not always having your supervisor on your back may make it easier for you to figure out how to show up on time. Sometimes we have to trick ourselves into what’s best for us.

Whether it be saving money, staying home, or even going out once in a while in order to have something different we have to do something different. If we’re not currently on the path to love, finance hell just happiness getting off these train tracks is going to require a major shift, and staying off is going to require consistent work…but you can do it…we can do it.

This is a brief moment saying good luck to everyone out there getting ready to make that change for 2018 and if having a great ‘18 isn’t motivation enough…just think about how you will feel having this same conversation with yourself in 2020! 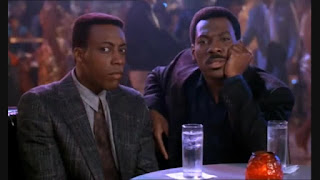 We haven’t done a list in a minute…
Give me 10: 10 reasons, examples or indicators of a certain behavior. Take the time to use the checklist…you may need to check yourself. “30 is the new 20”, “you’re only as old as you feel”, “age ain’t nothing but a number” and all of the other phrases we use to tell ourselves we’re STILL young…Today’s list: Top 10 Signs You’re Too Old For The Club!

#9 Your favorite songs only play when the DJ yells, “Time to go back…way back…”

#7 You see all the new dances as “Too much work”

#6 You have a story for every song

#5 You order coffee at the bar

#4 Everyone you pass asks "Is it your birthday?"

And the #1 Sign You Are Too Old For The Club…

You run in to someone who went to school with your kids!

Email ThisBlogThis!Share to TwitterShare to FacebookShare to Pinterest
Labels: 10, A Cold Cup Of Coffee, A Moment with Morris, appreciation, club, comeback, community box, give me 10, hotmix106, lifestyle, maturing, one night stand, party, R Kelly, too old, what dat mouf do

The Mirror I See 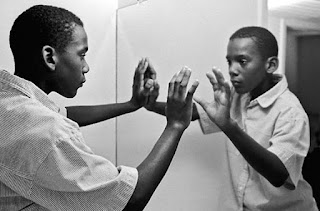 Something like a fable or fairy tale
Am I the unknowing antagonist
Searching for unwarranted validation
In this reflective glass?

Or is it the rose colored glasses
Donned by this world like this eternal season’s
Intolerant fashion that bares
The false image?

Everyday I hear descriptions of people
Who look like me
Being labeled, ridiculed, even murdered

Details of their parenting,
Personal choices, history
Arrogantly listed off
Describing them
To a circumstantial tee

Based off of a description
That looks like me

Even though that person looks nothing like the face reflected in the mirror you see. 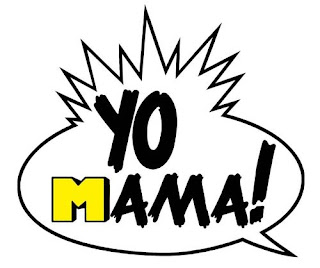 “Yo Mama so fat she irons her clothes in the driveway!”

“Yo Mama got one leg and they call her Ilene!”

Yo Mama teeth so yellow she spits mustard!”

For years the infamous “Yo Mama” jokes have plagued the playground. There was a time when disrespecting someone’s mother meant all out war. Mothers were the line you didn’t cross unless you were fully prepared for the repercussions.

From Boyz II Men to 2Pac I grew up hearing so many variations of men expressing their love and adoration for their mothers. “Ain’t a woman alive that can take my Mama’s place” was the sentiment by 2Pac and shared by millions. But something has happened in recent years, Mama isn’t getting the kudos like she used to.

In this era of “The Real Housewives Of Wherever”, grown women “doing it for the Gram” and ratchetness crossing social-economic lines, Mama really isn’t Mama anymore. This is the first time where generations have been so socially close. A 16 and a 36 year old are culturally the same. Those bold definitive lines of adult and adolescent, parent/child have been blurred away. With Mama and daughter listening to the same music, doing the same dances, pining over the same star and In some cases sleeping with the same man Mama’s pedestal has come down a little. Gone are the associations of motherhood with Clair Huxtable, Maggie Seaver, June Cleaver or Harriet Winslow. It’s like the ghost of Peggy Bundy is running rampant in 2017!

Now don’t get me wrong, there are a lot of great mothers out there. Mothers who sacrifice, love, fight and are willing to die for their babies still walk among us. They’re still holding the torch and being the beacon for wayward souls to find their way home. It’s these other Mothers or should I say Muthas out here?!?

These Muthas who forever drop their kids off as they shout the clichéd, “Mommy be back!” The Muthas who constantly introduce a new man as “Uncle So-and -So” then go in the bedroom and he along with the kid’s cereal are never to be seen again. The Muthas that use their children to get back at not only the father but any man that has hurt them in the past…you Muthas! You selfish, immature, hurt so you hurt, lousy ass broads! You have created a climate that has taken away from the Mamas out here making it happen!

And fellas…we have to do better by these women. If you “liked” her enough to have a baby with her you can “like” her enough to find a little more patience, compassion and respect when dealing with her. Leaving a mother to raise a baby by herself will create the stressed, bitter, angry, scared and vindictive woman that you have to deal with and your child constantly exposed to. Put your big boy pants on and be a Man for yourself and your kids.

This moment is dedicated to the women out there who sacrifice their lives for the creation of others. You place your own personal hopes and dreams aside. You forfeit traveling, careers, school, years of your life and dress sizes you will never see again for your children, for your family, for us. Thank you.

“Now let me get off mothers…because I just got off yours!” 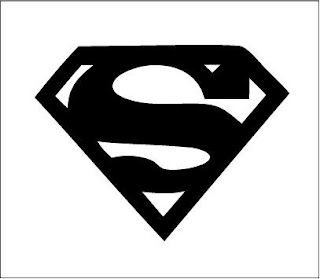